Central to the traditional religion of the Hopi people of the Northern Arizona are Kachinas. A Kachina (Katsina) is a supernatural being relied upon to provide rain, fertility, health, and well-being. While kachinas play a role in many of the Pueblo societies, the Hopi are most noted and prolific today in kachina doll carving.

The dolls were and are made by Hopi uncles and fathers for their daughters and nieces so they would learn to recognize the dancers' masks during ceremonies, and the lore behind them. Kachina dolls are carved from cottonwood root and have long been used to instruct Hopi children in the ways of the traditional religious cycles, and to help them learn to identify the hundreds of different beings.

Hopi carver Poleyestewa has been making Kachinas since he was a young boy. His Kachinas are made in the old, traditional manner using cottonwood roots and the same style that the Hope people have given to the1r own children for centuries. They are painted with natural dyes and mineral paints that he makes himself. The finishing touches are beautiful feathers, Angora goat hair and deerskin.

Poleyestewa is known for his exceptional feather work. He is a well-known carver whose work is sought after by collectors around the world. 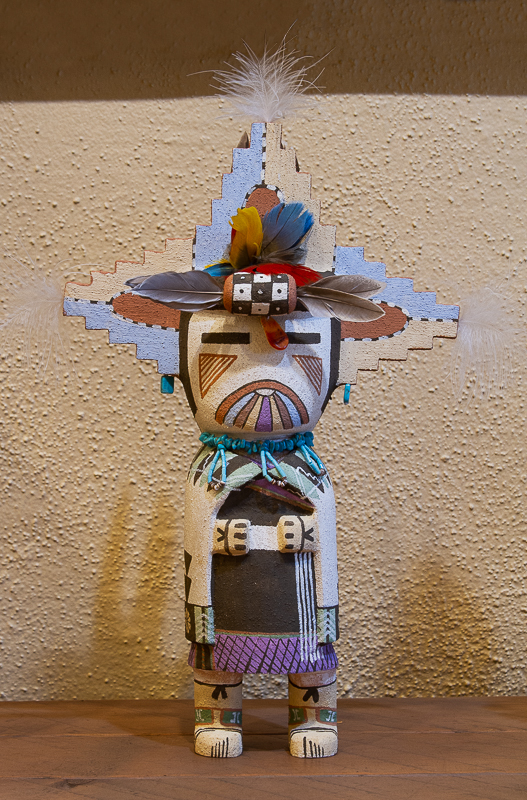 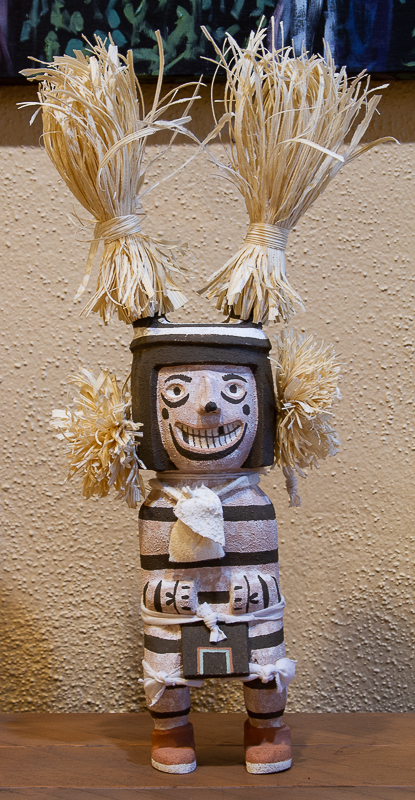 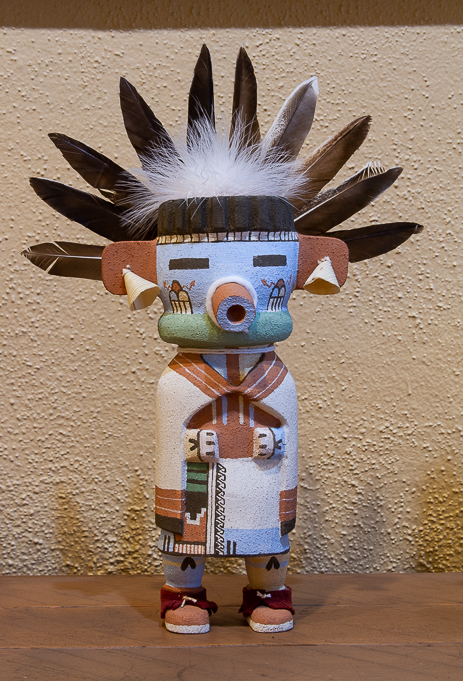 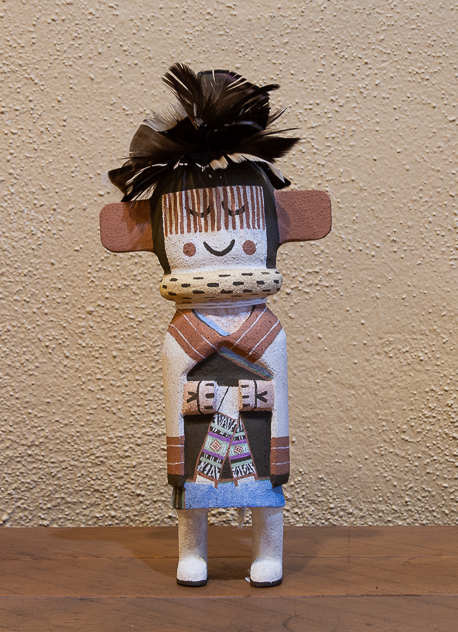 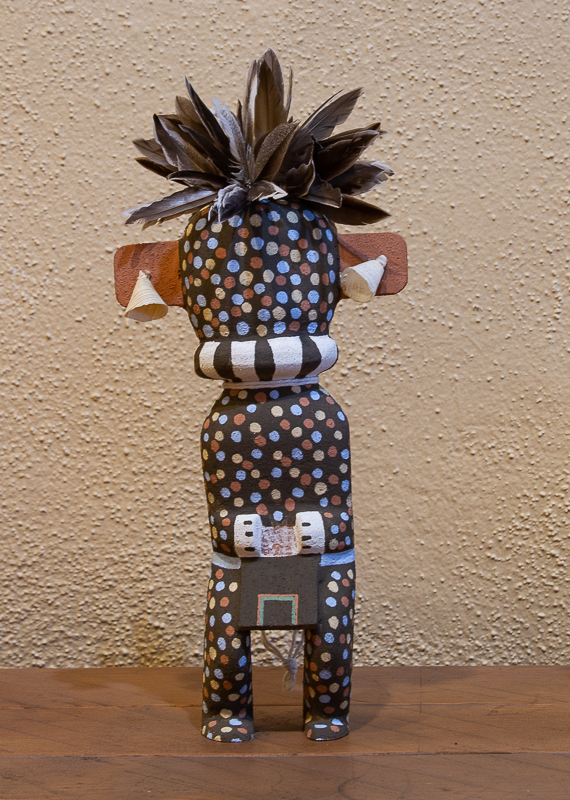 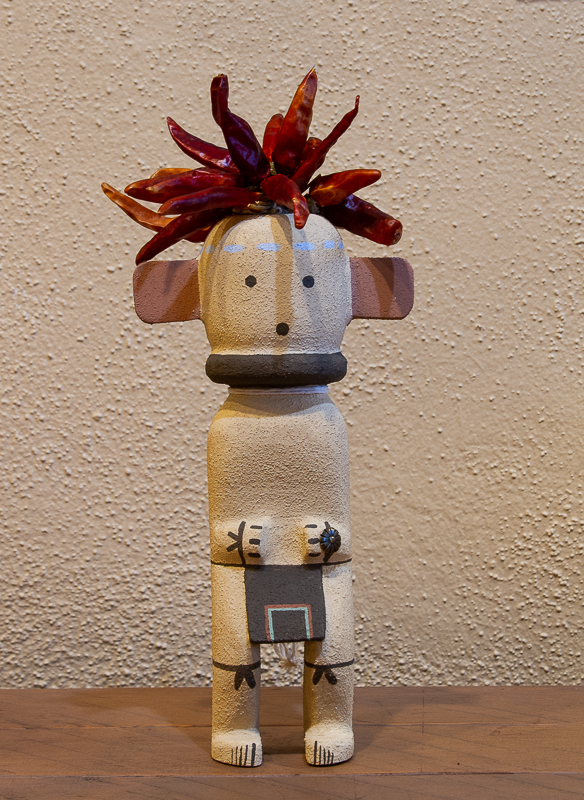 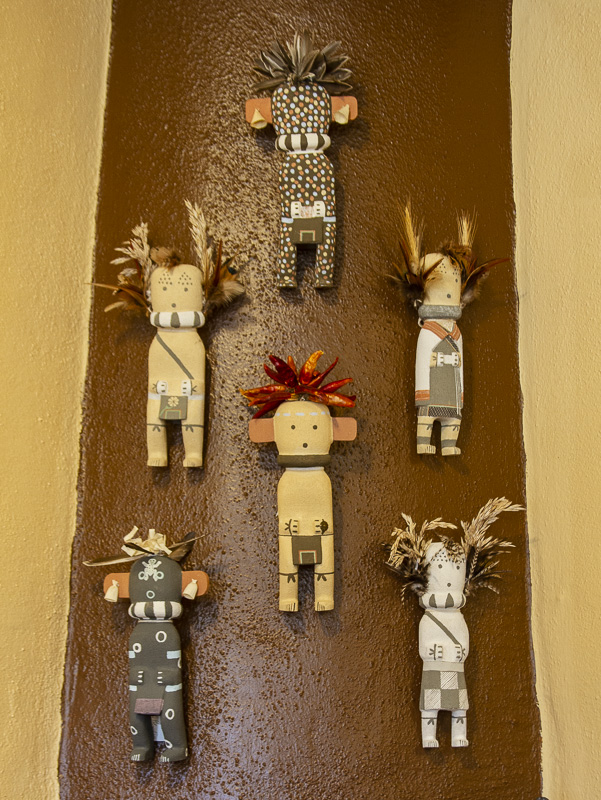 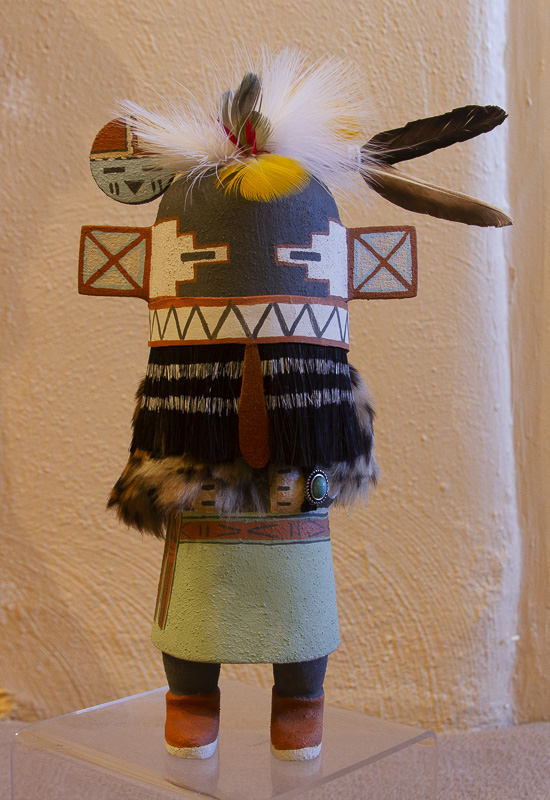 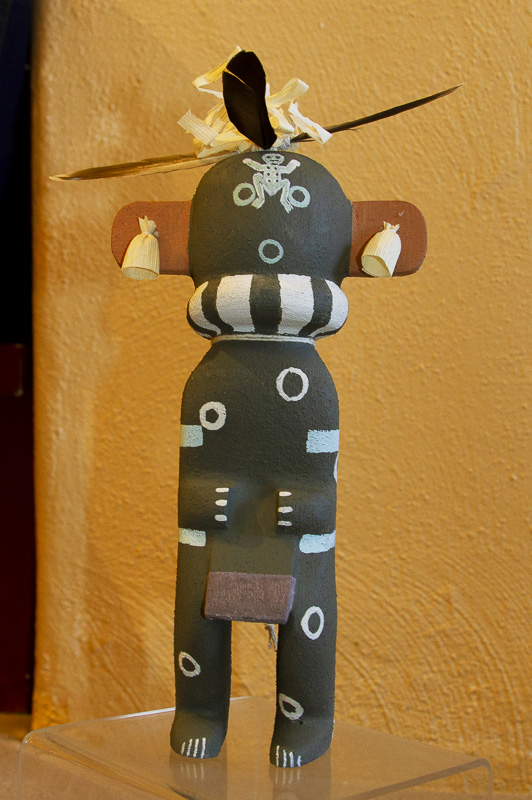