Nancy Hirsch Lassen is a native of Baton Rouge, Louisiana. She discovered her passion for art early on, and pursued a career in art and interior design. She received her BA from Newcomb College in 1975, where she spent her junior year attending the University of Madrid, studying art history in the Prado. After Newcomb, Nancy remained in New Orleans starting her own design firm. In April, 2014, Nancy opened the Hirsch Lassen Studio on Magazine Street.

She is now represented in Taos Blue, in Taos, NM, Bev's Fine Art in Raleigh, NC, and Bay Life in Bay St. Louis, MS, and has produced numerous commissions in NYC. Recently, 48 pieces were commissioned and installed in the new University Medical Center in New Orleans. She has commissioned works in the Federal Reserve Bank of NewOrleans and her paintings have also been featured in movies and television shows filmed in the area.

"I adore color; that's my passion and, I think, my special gift. I especially love the juxtaposition of color and the evolutionary interplay of color on canvas. Purely contemporary, nonrepresentational paintings intrigue me the most at present. I begin my process with lots of texture, line and brush strokes and glazes, and then follow the paint's lead. The challenge is to keep the excitement of the process evident in the final product: fresh and exhilarating!" 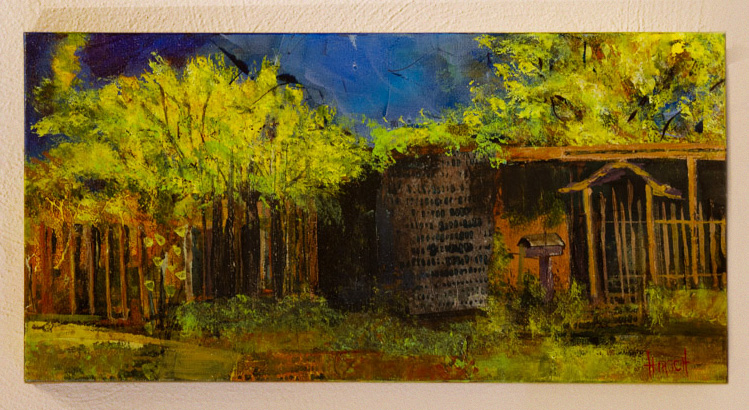