Carl Gray Witkop was born in Ann Arbor, Michigan October 18, 1947. His mother Mary Worcester Witkop was an amateur artist and potter who gave Carl his first experience with clay. Inspired by pre-Columbian Mayan pottery which Carl saw during summers spent in Guatemala, Carl began experimenting with Native American pottery techniques in 1967. He was influenced in his earliest work by potter Hal Reiger and by Pueblo potters Popovi Da and Blue Corn.

Carl studied anthropology and archaeology at Colorado State University during which time he discovered a demand for his unique self-taught potting techniques. He soon became a full time artist. Carl joined the art community in Taos County, New Mexico where he lived for twenty-one years. He has participated in juried and invitational shows and has received several awards.

"Pots are magical things. A pot is a cave, a womb, a hut, a kiva. A pot is a shell that holds a nut, or a shell that protects the embryo of a bird or a reptile, a shell that holds a clam, a snail. A pot is made of clay, the most magical of minerals. Creation myths tell of gods creating us from clay, as if the myth tellers knew what scientists speculate, that tint flat clay particles provided templates for organic molecules to form patterns that engendered life. For me, clay is holy stuff. My pots are made of only clay, without glaze. I build them by hand, without a wheel. I polish colored clay slip with a smooth stone. The fire leaves smoky shadows of leaves and corn silk, hair and feathers." 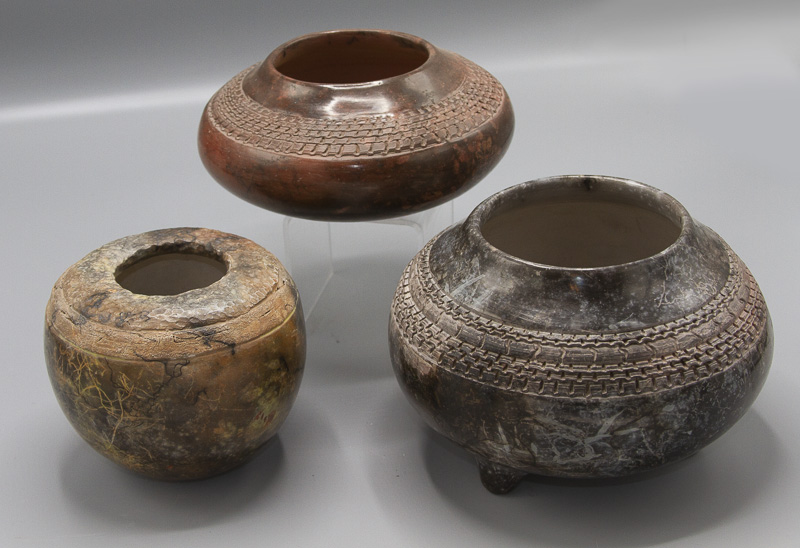 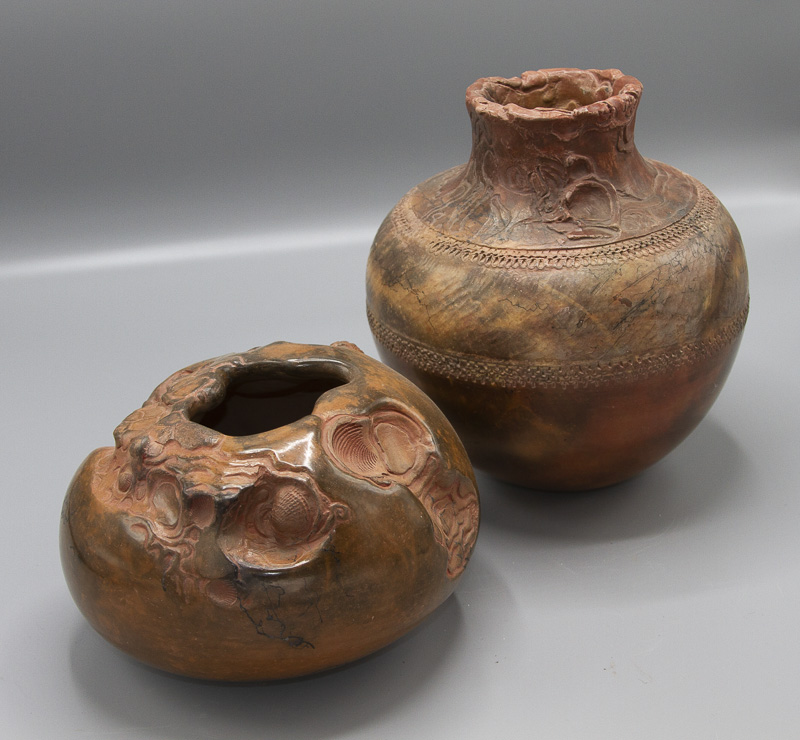 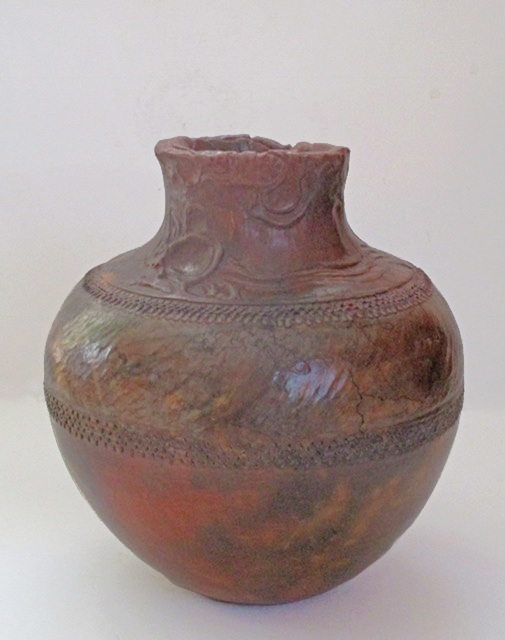 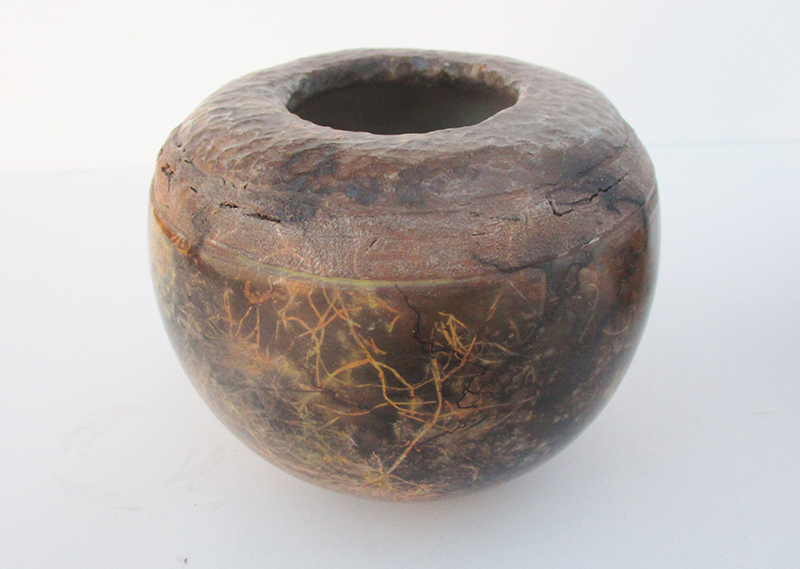